After perusing the evidence, Magistrate Ebenezer Kweku Ansah who presided over the case at an Accra District Court has committed the 14 suspects to trial at the High Court.

Chief State Attorney, Evelyn Keelson, said 13 of the 14 individuals have been identified in a video recording which forms part of the 53 pieces of evidence presented to the court.

JoyNews’ Joseph Ackah Blay who was in court Thursday, reported all 14 were offered an opportunity to comment on all that had transpired in court but they all turned down the offer.

The trial at the High Court will commence February 15, 2018.

Counsel for the accused, George Bernard Shaw in explaining why the accused declined to comment when offered the opportunity, said per the instructions he has received, they had nothing to do with the crime.

“It is their right to comment or not on the prosecutions’ evidence…we have made known to the court that they do not agree with some of the things that the prosecutions are alleging,” Mr. Shaw added. 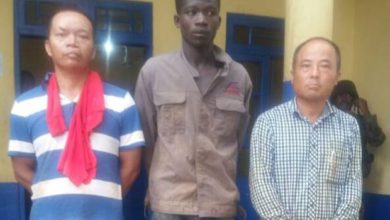