Two leading figures in the NDC are reportedly embroiled in a divisive fight over the future of pro NDC radio station, Montie FM.

Sources allege that one of the very influential elders of the party, Ato Ahwoi, a director of Network Broadcasting Limited owners of the Montie brand and a Vice Chairman of the NDC, Harry Zakkour are embroiled in a tussle over the future of the station.

The frequency 100.1 on which Montie FM transmits is said to be owned by Harry Zakkour’s Zee-Zee FM Radio Co. Limited and the NDC vice chairman has reportedly demanded a whooping sum of $1.5million or takeover of the station.

Sources say, directors of Network Broadcasting Limited owners of the Montie brand led by Ato Ahwoi would have none of that and have resisted take-over attempts by Zee-Zee FM leading to a frosty relationship between the two NDC big wigs.

It would be recalled that the station was recently shut down for falling to pay renewal fees for its license but new details emerging indicate that prior to its shut down, the station presented to the NCA a banker’s draft plus the necessary documentations, but the NCA declined to accept the draft, only to be followed with the revocation of the authorization.

Documents sighted by this paper, also points to the fact that Montie FM delayed in the payment of renewal fees for only eleven days, equivalent to GHS110.000 and got their authorization revoked, while other stations still working are indebted to the tune of GHS50 million or more.

Insiders have accused of collaborating with the National Communication Authority (NCA) to frustrate and disrupt Montie FM’s operations.

“Zakour has since the beginning of the year been battling for $1.5m but had to travel out of the country. Just a week after he returned into the country, NCA served management of Montie FM notice to stop broadcasting forthwith,” a source at the station told thenationapenonline.com

The station has not been able to broadcast its news, sports, entertainment and current affairs programme ‘Pampaso’ as the National Communication Authority has locked the station out of the airwaves, for an offense known to only the NCA its operatives or assigns because, the regulators’ press statement dated 28 September, 2017 on the sanctions of some 131 radio stations did not categorically state the offense of Montie FM.

Sources at the NCA allege that the regulator has agreed to pay to Harry Zakour, the $ 1.5 m ‘ransom’ plus compensation in a move some have suggested may see the reallocation of the frequency to a new owner.

Conscious of the attempts to disrupt and thwart the station’s programme, management of Network Broadcasting Limited has decided that ‘Pampaso’ should be broadcasted on Radio Gold from 2pm to 5pm while they work to normalize the situation.

The workers, under the sanctions imposed on the station by the NCA have been left in limbo with their livelihoods threatened and have launched appeal for funds to support Radio Gold to settle its debts.

It will be recalled that the NCA has on 27 September, 2017 forced Montie FM to truncate a live broadcast. The move by the regulatory body, which was established to manage the country’s media spectrum, monitor communication equipment and mileage has sparked off disagreement between members of the Ghana Journalists Association (GJA), Ghana Independent Broadcasters Association (GIBA) on one side and Media Foundation for West Africa on the hand backing the jungle approach adopted by the regulating agency in enforcing what they say is the position of the law.

Seasoned Journalist Kweku Baako, an avowed defender of free speech and democracy asked the NCA thread cautiously not to dent the image of the country’s democracy considering the feat chalked up by successive regimes.

But the Minister of Communication, Lawyer Ursula Owusu Ekuful says government has resolved to battle hard and clamp down radio stations they consider to be operating outside the law.

The public pronouncement of the minister did not go down well with a former deputy energy minister and Member of Parliament, John Jinapor, who accused the minister of compromising her neutrality in the matter. According to John Jinapor, the minister was supposed to be the final arbiter. She was supposed to be the one to receive petitions of the affected stations. If you listen to her, you wouldn’t even have the courage to go forward because she has displayed her biasness. 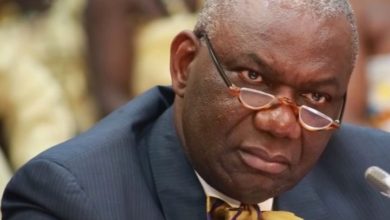 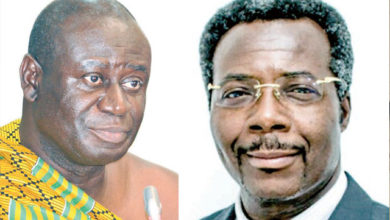 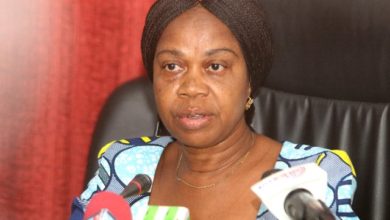 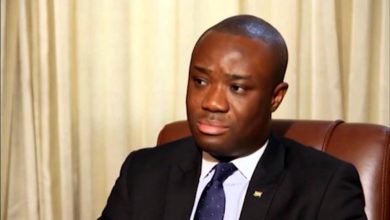