The former deputy Communications Minister Felix Kwakye-Ofosu has stated that President Nana Addo Dankwa Akufo-Addo is only good at rhetoric but poor at execution.

According to Kwakye-Ofosu, the president has been aloof on several issues that he needed to show leadership since he was sworn-in.

“President Akufo-Addo is good at Rhetoric…there is some level of aloofness when I look at the President in some instances. We were told the 1D1F project will start when the rains stop. We’ve not had rains in a long time but there is no sign that the project is going to start,” Mr. Kwakye-Ofosu told host of Morning Starr Francis Abban Wednesday.

Mr. Kwakye-Ofosu added “BOST Scandal: there was clear evidence that the laws were breached. I thought that the president will do something about it but there was a cover up…when Ayisi Boateng’s case came up, we expected the President to act. We thought he will be sanctioned…nothing happened.”

But Communications Minister, Ursula Owusu-Ekuful in a response said President Akufo-Addo has shown leadership in the last 11 months.

According to her, the president is doing his best to turn the economy around considering what she describes as the mess left behind by the previous NDC administration. 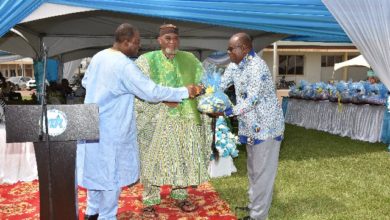