ASPIRANTS for the positions of Women’s Organizer, Youth Organizer and National Organizer of the ruling New Patriotic Party (NPP) successfully went through vetting at the party’s headquarters at Asylum Down on Tuesday.

The exercise started with the vetting of National Organizer candidates – Sulemana A. Sadik Nabicheinga and Emmanuel Tweneboah Kodua.

Incumbent National Youth Organizer of the NPP, Sammy Awuku, also went through vetting successfully for the position of National Organizer.

Sadik Nabicheinga said his main aim for contesting for the position of National Organizer is “because of the grassroots, to give hope to the destitute and all those who felt disappointed in one way or the other in the party.”

The position of National Women’s Organizer has Kate Gyamfua and Joyce Konokie Zemparie as the only aspirants in that portfolio.

Kate Gyamfua said with her experience in office as the Women’s Organizer, she would marshal all women across all levels of the party to work hard to ensure victory for the NPP in the 2020 elections. She pleaded with all her supporters and delegates to show more of their love at the general elections in Koforidua.

Joyce Konokie Zemparie, who is the other contender for the Women’s Organizer position expressed optimism and confidence in the entire process so far.

As to her ambitions when elected into office, she said she would ensure that the women within the NPP are well educated to understand the tenets and principles of the party.

She said hard work, unity and the fear of God would be her hallmark towards helping the NPP to maintain power in the 2020 elections.

She also pleaded with all women and the youth of the party to be more patient and support the government in delivering its mandate to the people.

For the position of National Youth Organizer, four (4) young men look set to battle it out at the party’s general elections slated to be held in Koforidua on July 7.

Dominic Edua said with their experience in opposition, they would review and strategize better ways to work in order to better the lot of the youth of the party.

Nana Boakye who goes by the mantra “Nyame nsa wom” which means “God is involved” appreciated the hard work and efforts of his supporters so far. He indicated that he would champion the course of job creation when elected into office as the party’s National Youth Organizer.

He said the issue of jobs was one of the key components of the party’s manifesto before the 2016 elections and “that is the main reason why the youth of Ghana voted for the NPP”.

He was quick to add that he would be building on the foundation laid by Sammy Awuku.

“What I am going to do is to build on the foundation of Sammy Awuku. Even if I work to the level where I am paired at par with my boss and brother, it means I’ve failed because he was able to carry the youths towards victory 2016 so once we are in power, I cannot afford to fail, to give excuses or lower the standards”, he said.

Vetting continues today with aspirants for the General Secretary and National Treasurer positions facing the panel. 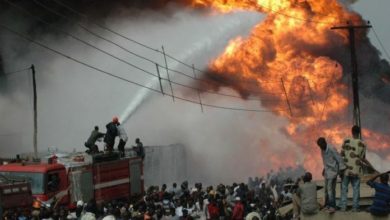 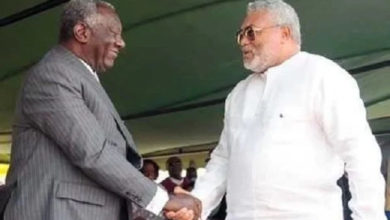