As Ghanaians continue to wonder at the deep seated animosity former President Jerry John Rawlings has towards his successor, John Agyekum Kufuor, a former Deputy Finance Minister has suggested a novel reason: Perhaps the man known as the ‘gentle giant’, Kufuor, once snatched the girl friend of Ghana’s longest-serving president, J.J Rawlings.

Kwaku Agyemang Manu, who served as a deputy Finance Minister in the Kufuor administration, believes in the absence of a concrete reason, other reasons, such as pain over an emotional loss, could be the reason for the numerous attacks Mr Rawlings continues to launch on his fellow former President.

Agyemang Manu who also doubles as the Member of Parliament for Dormaa and Chairman of the Public Accounts Committee was speaking Wednesday on Adom FM’s “Burning Issues” programme with Afia Pokua a.k.a Vim Lady.

On the occasion of the 35th Anniversary of the June 4 Uprising, former President Rawlings blamed President Kufuor for the current economic crisis the country is facing as well as the increase in corruption.

“I have said over and over again that Kufuor is responsible for setting in motion the moral and economic crisis that we are experiencing today, and I will say it again today. The investigation that Mills should have initiated never took place. But today let me give one very visible and concrete example of Kufuor’s mismanagement that we are all feeling the effects of” Rawlings declared in his statement.

But in a sharp response to Rawlings’ accusations, Kwaku Agyeman Manu suggested that Rawlings and Kufour might have clashed over a girl in the past.

“If Kufuor was corrupt, how could he have implemented School Feeding Program, Metro Mass Transit (MMT) among other projects during his regime,” Agyemang Manu asked. 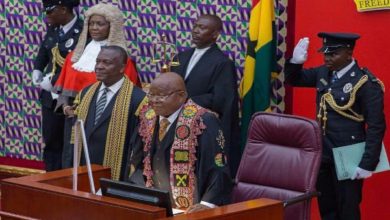