Two NDC MPs have proceeded to the Supreme Court, suspecting the Finance Minister, Ken Ofori-Atta, is manipulating funds set aside for district assemblies.

The MPs; Benjamin Kpodo of Ho Central and Richard Quashigah of Keta, say the District Assemblies are by law entitled to 5% of total government revenue.

Article 252 clause (2) of the 1992 constitution states that “subject to the provisions of this Constitution, Parliament shall annually make provision for the allocation of not less than five percent of the total revenues of Ghana to the District Assemblies for development; and the amount shall be paid into the District Assemblies Common Fund in quarterly instalments”.

The District Assembly Common Fund is paid to 216 districts in Ghana to finance local development projects and programmes.

But what constitutes total revenue affects the amount the assemblies get after the calculation is done.

According to them, the current formula used for this calculation leaves the assemblies poorer because revenues from petroleum and other taxes are not added to total revenue.

“I have raised it in parliament on a number of occasions….but it was not taken into account,” he told Joy News Friday.

He recalled that during one of parliament’s sittings, he once again raised the matter.

“I was told by a colleague MP that if I was not satisfied with the definition I should go to court. He said it on the floor of parliament.”

Represented by former deputy Attorney-General Dominic Ayine who is also an NDC MP, the two others pointed out in the writ, there is a “subtler” attempt to reduce the allocation due to the District Assemblies.

The writ mentions the passage of two laws – Local Governance Act, 2016( Act 936) and section 7 of the Earmarked Funds Capping and Realignment Act – redefined what Article 252 Clause 2 of the 1992 constitution calls the ‘total revenue of Ghana’.

In Section 126(2) of Act 936, the term is defined as ” the revenues collected by, accruing to the central government but other than foreign loans, foreign grants, non-tax revenue paid into the Petroleum Holding Fund….”

The plaintiffs maintain that Parliament’s definition of the term is unconstitutional and at variance with the original intent of the drafters of the 1992 constitution.

They offered in the writ a definition of total revenue as provided by the Black’s Law Dictionary, 6th edition, paragraph 319.

“..a broad and general term, including all public monies which the state collects and receives, from whatever source and in whatever manner”

The NDC MPs argue that this definition makes petroleum revenues a part of the total revenue of Ghana. Ghana realised more than $191m from petroleum in the first half of 2017.

The challenge by the NDC MPs is the second time the allocation of 5% of total revenue to the District Assemblies has proved contentious.

A former Deputy Finance Minister Ato Forson said 5% allocation amounts to GHC1.71bn and not GHC1.57bn as found in the Appendix 4B of the budget.

The government has denied the claim explaining the NDC have misunderstood the formula used for computing the 5% allocation. 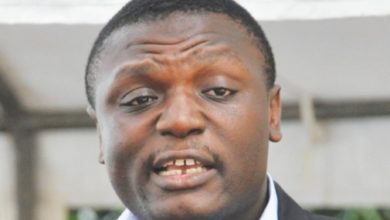 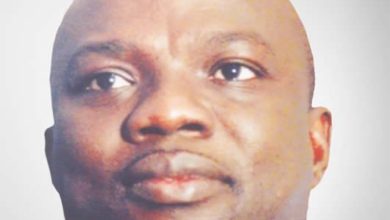