Monthly allowance for members of the proposed Nation Builders’ Corps has been pegged at GH¢700.

It may be recalled that in December 2017, the Employment and Labour Relations Minister, Ignatius Baffour Awuah, revealed that workers of the Corps would receive a minimum monthly salary of GH¢600.

The government is poised to launch the Corps programme on May 1 (International Workers’ Day), as it takes another step towards the fulfillment of its much-touted agenda for jobs.

This was announced by Vice President Mahamudu Bawumia in an address at the 2nd Session of the 22nd Congregation of the University of Education, Winneba, on Saturday.

“This is a major initiative that will be launched on May 1 and for those who have completed their national service. Recruitment will start on that day online,” the veep disclosed.

Dr. Bawumia stressed that the rapid economic growth the country is witnessing “has to translate into jobs.”

He said, “This year, by the grace of God, we will be recruiting 100,000 graduates into this… the minimum number of graduates per constituency under this programme that will be hired is 300 and it will go up to 450, depending on the size of that particular constituency or district.”

The Nations Builders Corps was announced as a government initiative in the 2018 budget to provide 100,000 jobs to graduates at a cost of GH¢600 million.

The focus of the initiative is to improve public service delivery in health, education, agriculture, sanitation and also drive revenue mobilization and collection.

NBC has a number of subsets which are connected to other major government targets and initiatives.

It will have a “Clean Ghana” programme for sanitation, “Heal Ghana” module for health, “Revenue Ghana” for tax collection, “Teach Ghana” for education and “Feed Ghana” for agriculture. 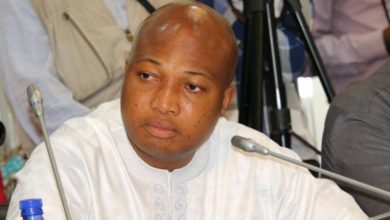