The two MPs got into a heated argument in Parliament over the controversial Ghana Expatriate Business Awards, following claims by the Minority that government charged $100,000 from expatriates to make them sit close to the President.

Even though Mr. Ahenkorah, who called the Minority Spokesperson on Foreign Affairs a “thief and a liar” subsequently apologized on Accra-based Peace FM, Mr. Ablakwa says he does not regard the apology.

He told Citi News’ Sixtus Dong Ullo that he will be heading to Court to clear his name.

“I want to place on record that I have not received any apology from Mr. Carlos Ahenkorah. I have no apology. That audio making the rounds, I do not consider that an apology and my lawyers have already advised that I take up the matter and bring a defamation suit against him which we are proceeding in earnest. We have him a perfect and golden opportunity to come to the court and prove that indeed I am a thief. I have already issued an instruction to my lawyers and the processes are underway.”

Mr. Ahenkorah clashed with Mr. Ablakwa in Parliament, after he felt the MP was besmirching the Akufo-Addo government with corruption allegations during an interview he was having with journalists.

Mr. Ablakwa had previously called on the Trade Ministry to apologize to President Nana Akufo-Addo and repay the monies to the expatriates, saying the incident had tainted the presidency. Speaking on Accra-based Peace FM, Mr. Ahenkorah maintained that he did not take the accusations against the President lightly, but he still admitted that his reactions were not justified.

“Ghanaians should forgive me and forgive my failings. When the matter came up and I had issues with it [the Minority’s approach], I should have taken my time and watched my temper.”

Mr. Ablakwa says the Deputy Minister was so furious that his actions bordered on assault.

The deputy Minister initially showed no remorse when he was interviewed on Eyewitness News, claiming that Mr. Ablakwa was out of order when he suggested that he and the NPP government were corrupt.

He however apologized directly to Mr. Ablakwa, and indicated his willingness move past the matter.

“My brother, Okudzeto Ablakwa, although younger than me, is still my senior in Parliament. That exchange we had in Parliament should not have happened because we are two gentlemen… None of us acquitted ourselves well, but if he won’t apologize I will so that there will peace and we can move past this.”

No wrongdoing by Trade Ministry in expatriates saga – Nana Addo

Meanwhile, President Nana Akufo-Addo has found the allegations baseless, saying there was no wrongdoing.

Following a query to the Trade and Industry Minister, Alan Kyeremanten, demanding answers from him over the allegations, a statement from the government has said “the facts, as reported to the President, do not disclose any wrongdoing on the part of the Minister of any government official.”

In view of this, the President has “therefore asked the Minister to put those facts before the Ghanaian people.”

In presenting the facts as directed by the President, the Trade Minister, Alan Kyeremanten revealed among other things that, GHc 2,667,215 was raised for the awards ceremony. 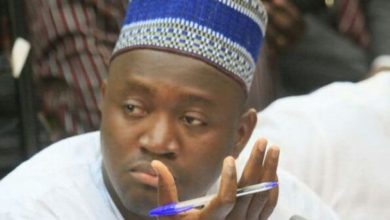 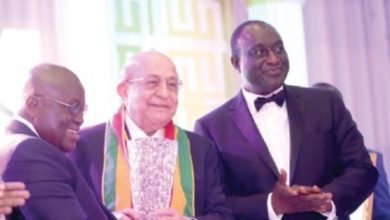 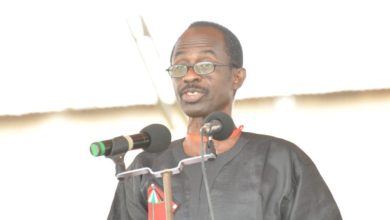